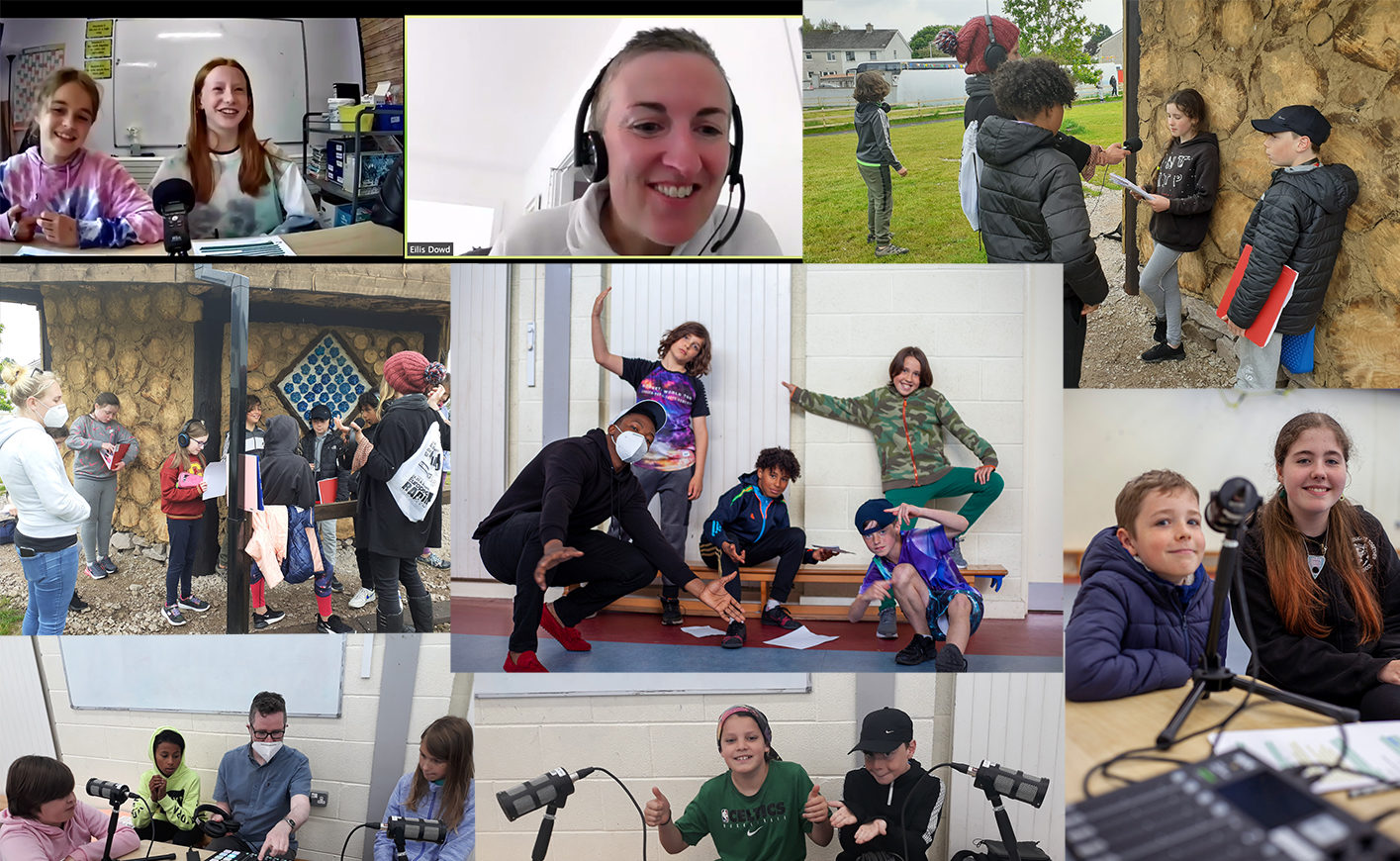 The first episode of ‘Science Waves’, a new podcast series led by primary school children as part of a public engagement project at CÚRAM, the SFI Research Centre for Medical Devices at NUI Galway, will air next Friday, (September 17th).

CÚRAM’s Science Waves project is a series of science radio shows and podcasts made by children for children, in partnership with Foróige and NUI Galway’s Alternative Radio Station, FLIRT FM and with input from researchers at CÚRAM and NUI Galway. The first episode will air at 11 am on 101.3FM, FLIRT FM.

“The children have worked with CÚRAM researchers and other contributors to co-create a series of five radio shows since returning to the classroom in March this year” explains Andrea Fitzpatrick, project lead. “The themes chosen for the podcasts include the brain, heart health, diabetes and sugar and the immune system. There is a big emphasis on creating questions and explanations using ‘everyday’ and accessible language and we are excited for the first of a series of these podcasts to air this week.”

“The aim is to create content which is accessible to everyone and gives clear information about science. The radio shows will broadcast later this year on the NUI Galway student radio station, Flirt FM, and will also be released through the CRAOL network of community radio stations” she says.

‘It has been a significant achievement for all involved to get the podcasts produced, given the challenges the children, teachers and project team have faced this year, and we have been delighted by the way these children have taken the subject matter and made it their own. I would like to express my sincere thanks to the project team, the teachers, group leaders and guest contributors who gave their time to work with the children to make this project happen” said Prof Abhay Pandit, Scientific Director of CÚRAM.

Other researchers and contributors who have given generously of their time include Professor Sean Dineen, Consultant Endocrinologist and Senior Lecturer in Medicine at NUI Galway, Dr Eilís Dowd, Senior Lecturer in Pharmacology, NUI Galway and President of Neuroscience Ireland, Dr Robert McEvoy, Specialist Registrar, Diabetes and Endocrinology, CÚRAM researchers Liam Fitzgerald, Gillian Murphy, Daniela Costa, Yagmur Bozkurt and Dr Sarah Gundy, Aisling Harris, a dietician with CROÍ, the West of Ireland Heart and Stroke Charity, and YAP member, Síofra Kelleher. The students also worked with local rapper and producer, Touché, to create a rap about the brain which is also included in the episode.

The project team includes creative producer Alice McDowell and technical producer Alan Meaney who have assisted the children in every step of the project from initial research through preproduction and postproduction. In light of the current COVID health crisis, production has been a combination of remote and in-person. The project is also supported by Flirt FM at NUI Galway.

Each episode is 30 minutes long, with the first episode focusing on the brain model produced with children from Educate Together Primary School in Newcastle school. Special guests on this episode are Dr Eilis Dowd, Senior Lecturer in Pharmacology at NUI Galway and former President of Neuroscience Ireland, and CÚRAM researchers, Daniela Costa and Yagmur Bozkurt. Further episodes have been created with Scoil Croí Íosa, (Presentation Primary School), St. Pats Primary School in Galway City and Galway based Foróige groups supported by Tusla.

Listen to the first episode of Science Waves, called the Brain, which will be broadcast on NUI Galway’s Alternative Radio Station, FLIRT FM, 101.3FM, at 11 am on September 17th. All episodes will be made available after broadcast on the CÚRAM public engagement website www.curamdevicesengage.ie