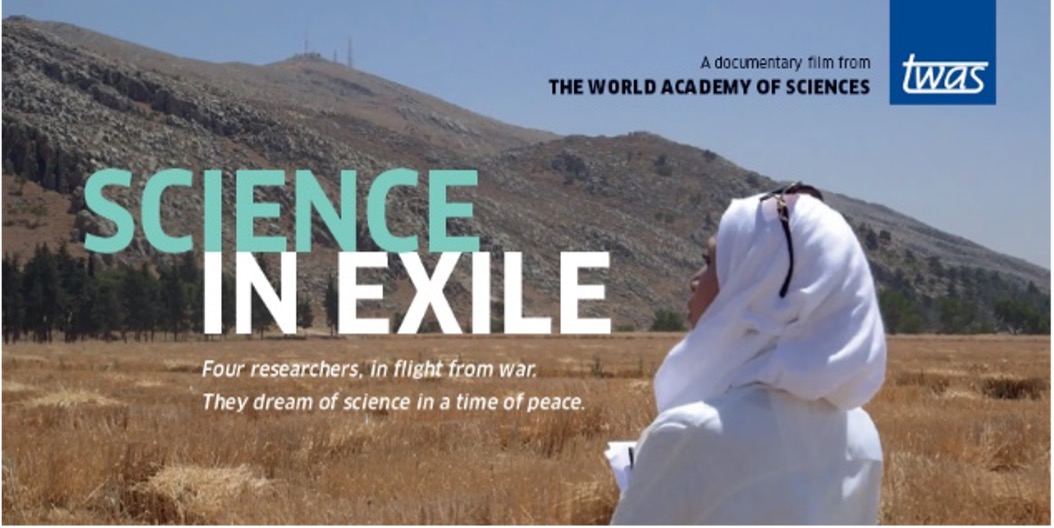 After a triumphant inaugural event, the virtual Science on Screen Film Festival (SOSFF) Ireland returns for its second year and will host two new feature films as part of the 2021 programme..

With thetagline, ‘’CreatingOurFuture’, the SOSFF 2021 links with the current national campaign led by Science Foundation Ireland to gather ideas from people all over the country on research that could shape a better future for all.

The Festival once again invites audiences from every background to immerse themselves in scientific storytelling, hear from filmmakers and researchers on critical topics such as climate change and health research and aims to spark conversations among audiences about how STEM research impacts all of us on a personal level.

SOSFF will premiere two new feature films Cooked: Survival by Zip Code and Science In Exile in addition to five of the original Science on Screen documentaries which will be available to audiences over the next two weeks from the 4th to the 18th November, 2022.  The virtual screenings are free to attend, but ticket numbers are limited so registration at www.scienceonscreen.ie is essential.

Cooked; Survival by Zip Code  tells the story of how in 1995, Chicago was hit by an extreme, record-breaking heat wave, so hot that roads melted, rail lines warped, and the lives of 739 residents were lost in a single week; mostly poor, African-American, and elderly residents. Using this tragedy as a springboard, this searing, offbeat doc connects the dots to more recent natural disasters, provocatively exploring the ways in which class, race and zip code predetermine our chances of survival during environmental crises and asking why we don’t treat that as a disaster.

Science in Exile, produced by The World Academy of Sciences, follows the stories of four scientists in developing countries, committed to a life of research. Focused on fields ranging from agriculture to climate change and medical care to economics, they are pursuing discoveries and innovations that will improve life for the people in their countries, and their regions. It explores how recent violence in Syria, Yemen and Iraq has threatened the lives of these researchers, forcing them to suspend their work and flee their homelands. The same decision has confronted uncounted thousands of their colleagues globally – scientists, engineers, doctors and medical researchers, advanced science students.

Science On Screen Documentaries tell the stories of patients living with chronic conditions like Parkinson’s, diabetes and stroke recovery and the Irish researchers working to improve their quality of life.

SOSFF is hosted by CÚRAM, the SFI Research Centre for Medical Devices based at NUI Galway, and Galway Film Centre who established the successful Science on Screen scheme together in 2016.

SOSFFforms part of CÚRAM’s public engagement programme ‘Breaking Barriers, which aims to forge collaborations between our researchers and the community to support the Science Foundation Ireland goal of having the most informed and scientifically engaged public. ‌

Visit www.scienceonscreen.ie for more and to register now! Our festival trailer is also available at https://vimeo.com/640955664